Who's Trying to Help: Top Ten Most Favored Foundations

This page is on the top 10 favored organizations to donate to. Although this list might be altered by opinions, these rankings are judged by purpose, money spending purposes, and how they are trying to save the wilderness.

Founded in 1961 by the Bureau of Land Management in California, this society works with the government, local stakeholders, other non-profit organizations, nearby communities, and international organizations to find the solutions of multiple environmental problems.  Their strategies include protecting private lands, the creation of  conservation policies, and many  preservation projects. They spend 80.2% of their money on projects, 11.4% on administration, and 8.3% on fundraising.

With over five million members worldwide, World Wildlife Fund (WWF) has three goals: to protect natural habitats, to minimize pollution, and to promote efficient use of natural resources. But to put it more simply, this organization just wants to conserve what's left of the wilderness. It works at multiple levels: from wildlife to habitats, from communities to governments and other international networks.

This organization was also created in 1961 when scientists, naturalists, businessmen, and politicians decided to take action, creating a worldwide fundraising group focused on protecting the wild. It spends 79.4% of funds on projects, 7.3% on administration, and 13.1% on fundraising.

The Natural Resources Defense Council (NRDC) is an environmental organization consisting of 350 lawyers, scientists, and other professionals. They use science, law, and their huge network of members worldwide. The Council works to curb global warming, preserving habitats, and stopping the spread of toxic chemicals. They spend 83.2% of their funds on projects, 6% on administration, and 10.7% on fundraising.

The Sierra Club was founded by the naturalist John Muir. It works to protect habitats, inspire smart energy use, and to create a lasting legacy for the wilderness. The organization is working on issues like toxic wate, clean air and water, environmental justice, fossil fuel alternatives, and responsible trade. It also provides activities for members, such as biking, rafting, and canoeing. It spends 87.3% of its money on conservation projects, 3.3% on administration, and 9.2% on fundraising.

The International Crane Foundation (ICF) was founded by George Archbald and Ron Sauey in 1973 to protect cranes worldwide. Even though cranes are a huge focus of the ICF, they also work on habitat restoration, wetlands, and endangered species management. They provide help to cranes on three levels: local, national, and worldwide. They also conduct captive breeding and reintroduction to the wild. They spend 88.2% of funds on projects, 6.1% on administartion, and 5.5% on fundraising.

Friends of Haleakala National Park is an organization that supports a wide range of conservation projects, educational activities, cultural projects, research and service projects to help Hawaii's Haleakala National Park. This organization works to protect the habitats of the national park, the Native Hawaiian culture. It offers an adopt-a-nene-goose program to protect the endangered birds from wild cats, rats, and mongooses.
No information on how they spend their money is currently available.

7. Royal Society for the Protection of Birds 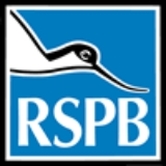 The Royal Society for the Protection of Birds (RSPB) was founded in 1889 to oppose the use of feathers in the fashion industry for hats and other clothing. Its main goal is obvious: to protect the avian residents of the world from harm, to protect birds, and to stop people from wearing bird feathers. With over 1,000,000 members and 12,000 volunteers who support their cause, RSPB restores and protects the habitats of birds worldwide, conducts recovery projects. They also manage 200 nature reserves, research the issues causing avian populations to drop, and work with farmers and landowners to protect the birds.
No information on how they spend their money is currently available.

Dedicated to protecting the ocean, Oceana strives to protect the planet by preserving its oceans. It has three main values; to focus solely on the ocean ecosystem conservations, to work worldwide, and to drive their efforts with campaigns. Merged with the American Oceans Campaign, this organization works to prevent overfishing, pollutions, and bad use of what the ocean has to offer. They spend 79.3% of funds on projects, 14.7% on administartion, and 5.9% on fundraising.

Conservation International hires scientists and policy experts to maintain a delicate balance between a healthy environment and people's use of the ecosystem. The organization's goals are to stabilize the climate around the world, ensure the well-being of humans, and to protect the limited amounts of fresh water. One of its major projects is Biodiversity Hotspot, which recgonizes and protects biological hotspots. This society spends 84.6% of its funds on projects, 10.2% on fundraising, and 5.1% on fundraising.

The Wildlife Conservation Society (WCS) encourages environmental education and the preservation of feral populations and their environments. Its main focuses are big cats, bears, cetaceans, hoofed animals, elephants, apes, and carnivores. They work in the regions of Africa, Latin America, the Carribean. North America, and the Oceans. WCS classified core issues that threaten the biodiversity of the planet; the list includes global climate change, mismanagement of the limited natural resources, and development. This organization spends 84.9% of its funds on projects, 11.3% on administration, and 3.7% on fundraising.
Source: http://animals.about.com/od/wildlifeconservation/tp/wildlifeconserv.htm